I will firstly caveat this whole post, by saying it really applies to those of us living in the Northern Hemisphere, where the New Year celebrations fall in the middle of Winter – for all you gorgeous Aussies, Kiwis & Southern Hemisphere dwellers, I will get to you guys shortly… 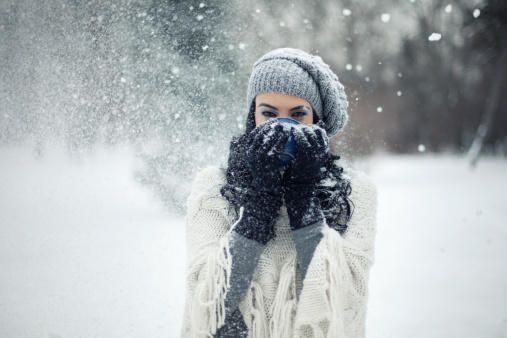 So, why would I adamantly suggest that you shouldn’t make resolutions for the new year? After all, I am a coach & massively champion change & growth & positive movement forward in life, emotions & personal development… And I used to make New Year’s resolutions (that often failed in the first week of January!), so what changed?

Well, first & foremost, I’m also an acupuncturist who has lived a “Five Element Life” for the last decade, so I know the importance of honouring the seasons & living in alignment with the energy of the associated Element. It’s like living in sync with the phases of the moon, or being mindful of the different parts of your menstrual cycle & how varied the energy & emotions & actions can be. It is living out of rhythm of nature that creates more disharmony & dysfunction in our bodies, minds & emotions.

Winter is the season associated with the Water Element. My own Element is Water, so it is even more important for me to be mindful of what this Element needs; it is integral to my wellbeing. But it is important for ALL of us to honour Water, whatever our own Element personality type is – even nature slows down during Winter, everything retracts inwards and retreats under the ground, animals get cosy & rest & hibernate. Winter is nature’s season of REST, preparing the roots & seeds below the ground, for the energetic growing time of the following Spring. There is very little ACTION at this time.

This time is for:

+ reflection, like the still, peaceful lake that you can see your face in

+ diving deep into your emotions, like you would in to the depths of the sea

+ pausing, being still – like the animals hibernating during Winter

+ ask the questions, gather the wisdom – the Water Element is renowned for its ability to do this

+ plant the seeds, READY for growth when the Spring arrives – the BIG POTENTIAL is in the seeds hidden underground in Winter

Spring is really the start of the New Year in Chinese Medicine, it is when we have the RIGHT & APPROPRIATE energy to tackle New Year’s resolutions, change things in our lives, start new things, take action. In January, in the Northern Hemisphere, we are still in the depths of Winter, that is hibernation time, time to be still, time to reflect. The ENERGY of the season just does not match New Year’s resolutions or big bold new beginnings. It is not the time to be planning and doing, we need to wait until Spring for THAT kind of energy to rush in!

So yes, do your journalling NOW, do take time to be STILL, to pause, to reflect; get the vibes you want to take over in to the new year, identify the feelings you wish to have, & plant the seeds, set the scene READY for 2017, but now is NOT the time to ACT, or expect yourself to DO heaps of things as soon as the clock strikes midnight & we tip over in to the new year… Water & Winter are about BEING, waiting for the potential to blossom into Spring!

Possible questions to reflect upon:

+ what amazing things can I celebrate from 2016?

+ were there things that didn’t go according to plan in 2016?

And this blog post isn’t intended to be about MY reflections of 2016, it is supposed to be encouraging YOU to pause & reflect, though there has been some pretty cool stuff for me this year:

+ ran my in-person Spring Health workshop, here in the UK, it was super fun

+ went to the Maldives to write my first book, about the Five Elements, & made some little videos for you

+ trained as a Yin Yoga teacher (look out for workshops, classes & online stuff coming in the Spring!)

+ launched my first online course for you, Winter Wellness Wisdom

You can learn more about the Water Element & how to live in alignment with the season of Winter in my brand new online course, Winter Wellness Wisdom, for physical & emotional wellness HERE, plus the Spring version will be hot on it’s heals in a couple of months, with exercises designed to REALLY get you going & moving forward with resolutions! So put any BIG actions on hold until then if you can…

As for you Southern Hemisphere dwellers, you guys CAN afford to be more ACTIVE in your intention setting, as you are currently in the season of Summer, with it’s associated Element of Fire. It has busy, upwards & outwards Yang energy – if you choose to make plans & implement them as soon as 2017 starts, you WILL be more aligned with what the season is doing. Therefore you are more likely to make plans stick & be successful in your resolutions, as the energy of the time is supporting you in your endeavours!

And if you don’t know what Element you are yet, you can download my FREE ebook here: https://goo.gl/NTmEF9

Wishing you all a VERY Happy & Healthy New Year, wherever you are in the world – I’m grateful you’re here with me!

Knowing your Element is a REALLY GOOD thing, but it doesn’t give you an excuse to hide behind it, or play up to that Element’s reputation… it certainly does not give you carte blanche to act out or act like an arsehole JUST because you are a certain Element & “that’s how they act”… Watch this video to understand if your Element is running the show + whether it will hinder your life, or improve your life…

Originally this video’s title had arsehole in it because I was writing about the Wood Element + felt all punchy + assertive, but I chickened out of saying it in the video because I knew other people were listening to me from their next-door balconies!! Also had to edit out a plane flying over the island – may share the outtake at some point, it was pretty funny, + pretty loud!!

Watch the first video in this series, “You are not a Freak or a Weirdo…” – here: https://goo.gl/brPF8o

The second video, “There are no Good or Bad Elements…” can be seen here: https://goo.gl/2XVDRh

If you haven’t downloaded the FREE ebook + seen which Element you might be, get it here: https://goo.gl/NTmEF9

And if you want to be first to know about the real hold-it-in-your-hands book, when it comes out, sign up here: http://eepurl.com/cmkCRf

Or if you want to spend 5 days in Cornwall (on a totally different beach!) with me May 2017 learning about all of this, take advantage of payment plan available until end of November here: https://goo.gl/Z4NmJ1

Sometimes we look at other people + wish we were like them, wish we didn’t get held back or affected by the things that challenge us, those things that don’t seem to phase other people… We might wish we weren’t our particular Element + that we were “a better Element”, but this just doesn’t exist, there is no such thing as a good or bad Element… Please know that whatever Element YOU are, you have the GIFTS of that Element at your disposal + this is a WONDERFUL thing!

(Oh + bonus points if you spot the GIANT fruit bat, the size of a small child, flying past my balcony!)

Watch the first video in this series, “You are not a Freak or a Weirdo… It’s just Your Element…”

If you haven’t downloaded the FREE ebook + seen which Element you might be, get it HERE

And if you want to be first to know about the real hold-it-in-your-hands book, when it comes out, sign up here

Or if you want to spend 5 days in Cornwall (on a totally different beach!) with me May 2017 learning about all of this, take advantage of payment plan available until end of November

For all of you who have felt like you are different to everyone else, like there is something wrong with you, something that needs to be fixed, there isn’t, it is just your particular Element showing itself – watch this video to learn more about the Chinese Five Elements, the personality types, + how understanding which Element you are can help you to understand yourself more deeply…

If you haven’t downloaded the FREE ebook + seen which Element you might be, get it HERE.

And if you want to be first to know about the real hold-it-in-your-hands book, when it comes out, sign up NOW.

Or if you want to spend 5 days in Cornwall (on a totally different beach!) with me May 2017 learning about all of this, take advantage of payment plan available until end of November.