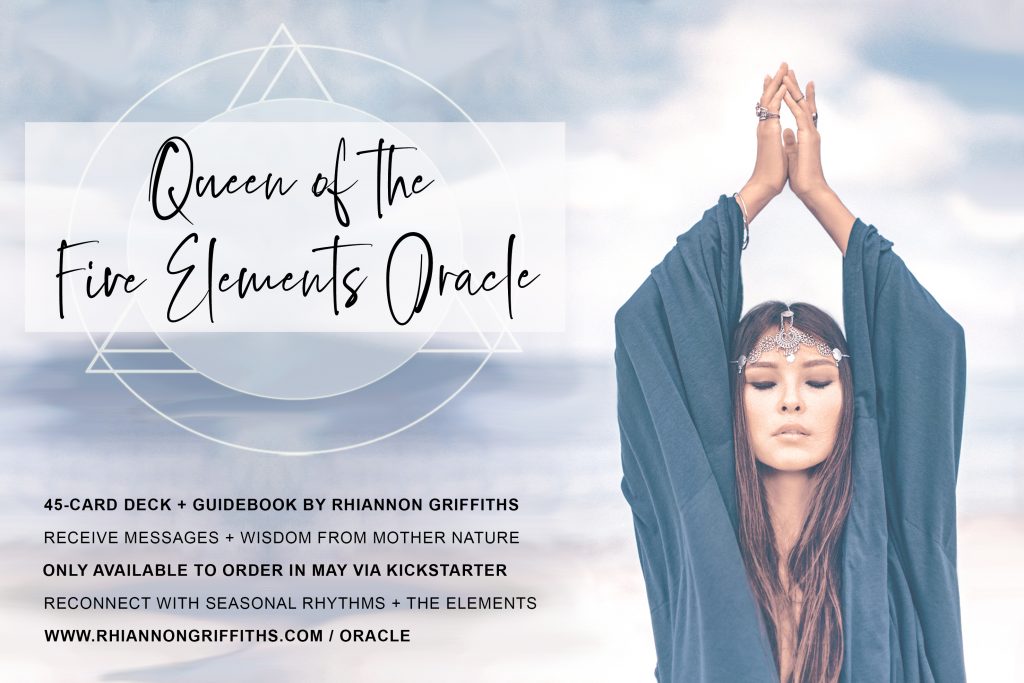 New indie oracle deck, was on Kickstarter during May 2021 + is based upon my 12+ years of treating patients as an acupuncturist, working with the Five Elements + Chinese Medicine…

The deck is about connecting back in the rhythms of the seasons + the wisdom of the natural laws… are you ready to receive messages from Mother Nature + all her beauty?

These were available to order in May, via Kickstarter (a pre-ordering, crowdfunding site that supports creatives + artists), before specific pre-order numbers being printed after that… this is currently the only planned print run for this deck – so you want to be sure one of the decks has your name on it!

THE KICKSTARTER WAS SUCCESSFULLY FUNDED!! Yay!! Thank you so much to everyone who ordered, supported + sent good vibes to this project… if you missed the deck on Kickstarter, there are a very limited number of surplus decks – it was a print run that matched the numbers of decks that were pre-ordered / pledged during the campaign… but if there is enough interest, there may be a possibility for a second print run!